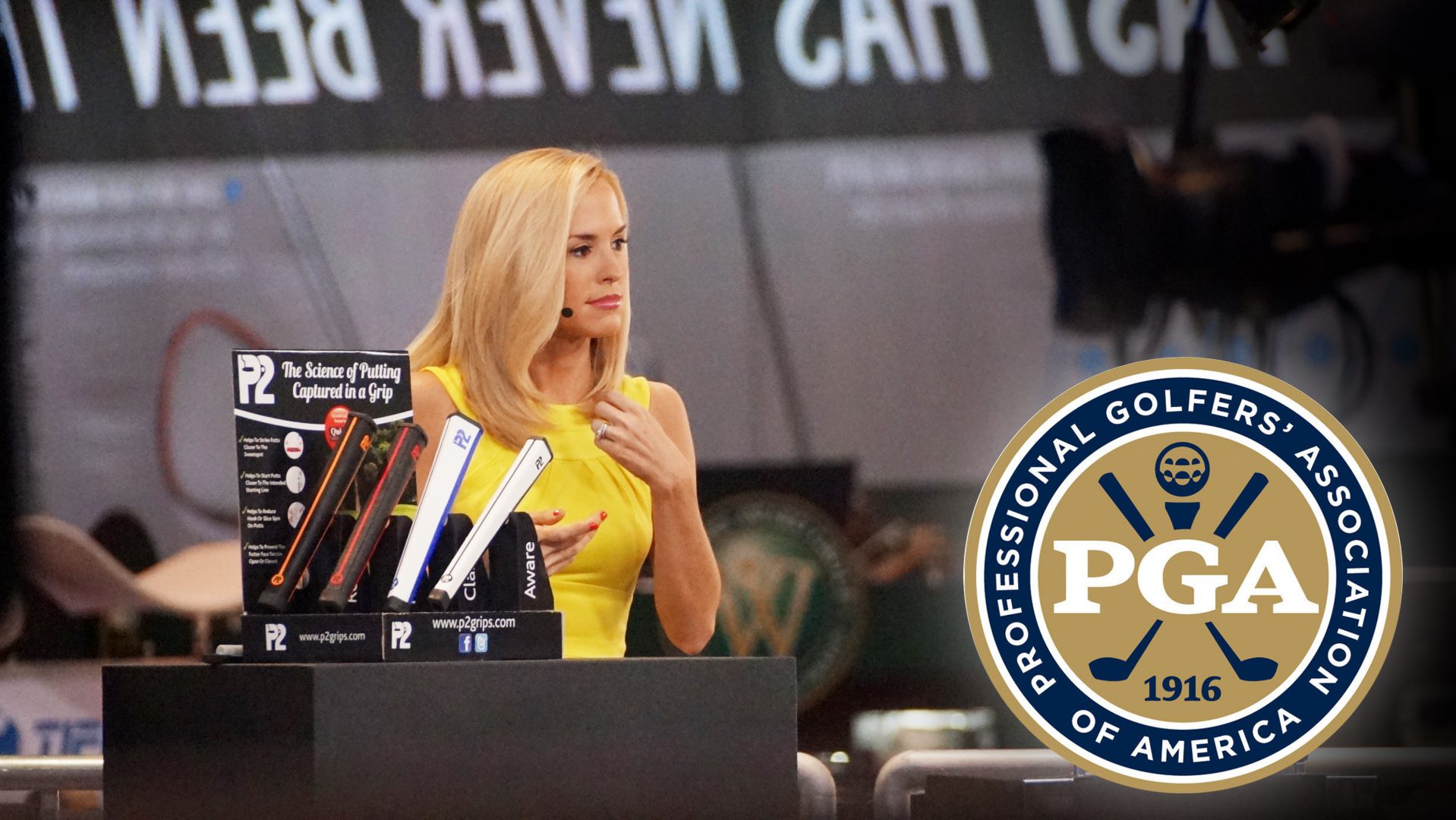 Welcome to P2 grips. Before this I also visited PGA Merchandise Show.  I had no idea what to expect, I only knew that the Orange County Convention Center was massive, and the size of the hall had to be seen to be believed. If you’ve never been I’ll put it into perspective. It totals over a million square feet of exhibition, demonstration and meeting room space. If you walked up and down every aisle you will cover 10 miles. 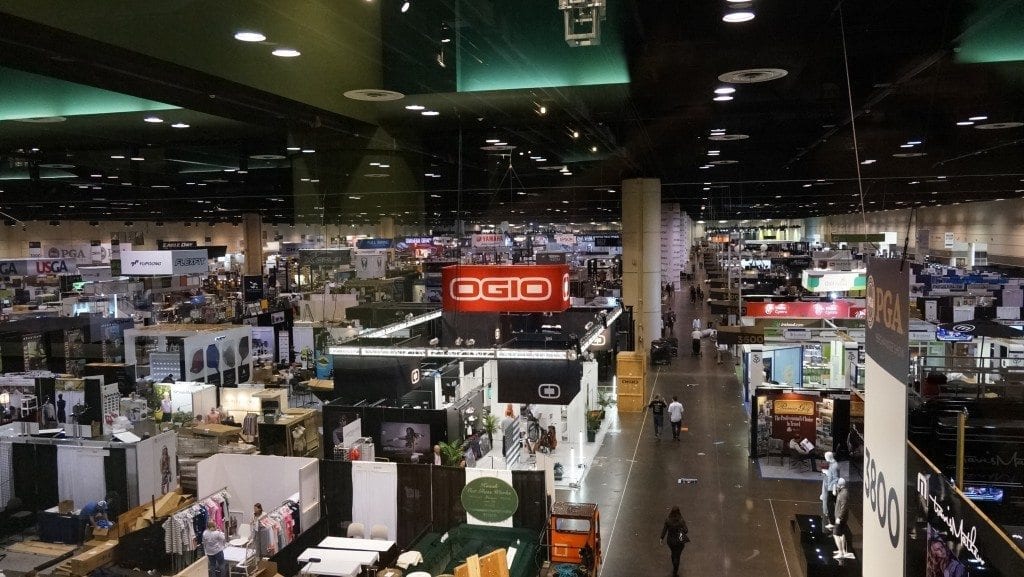 We spent most of the day Monday and Tuesday getting our stand ready, and I seriously under-estimated how much work we had to do on the Tuesday, after all our stand wasn’t that big! We got to the convention centre at 1pm and worked flat out until 8.45pm, I thought I would be back at our apartment with my feet up by 4pm……it was so naive I laugh now thinking about it.

Although it didn’t start smoothly, (no-show 7.30 am taxi) the first day was a huge success. We were busy all day, with a constant flow of traffic to our booth we were over-flowing more than once during the day  . One of my fears, especially that first morning, was did I get the new grip shapes right? Until you put it out there to be scrutinized, you will never know. It would be foolish to think that everyone would like every shape, so we were pleased to find that everyone had at least one preference …….which is good enough for me. The diversity in preferences was intriguing; we had a 6ft 5” PGA Tour player who liked our smallest grip the Aware model, and a 5ft 5” female teaching pro who preferred our largest grip the Reflex model. So, how would you know which P2 is best suited to you.. You can also see…Creation of The Brand New P2 Grip Range.”

….put one in your hand and you will soon find out!

With Wednesday being so successful I thought that may just have been our best day; it was hard to see it getting better. Fast forward to 8.30am on Thursday morning when we were approached by the Golf Channel, they asked if we were interested in being featured on the Morning Drive, needless to say we didn’t need a team meeting to answer that question! Once the P2 grips were featured, our website had crashed within 5 minutes due to the sheer volume of traffic it received. 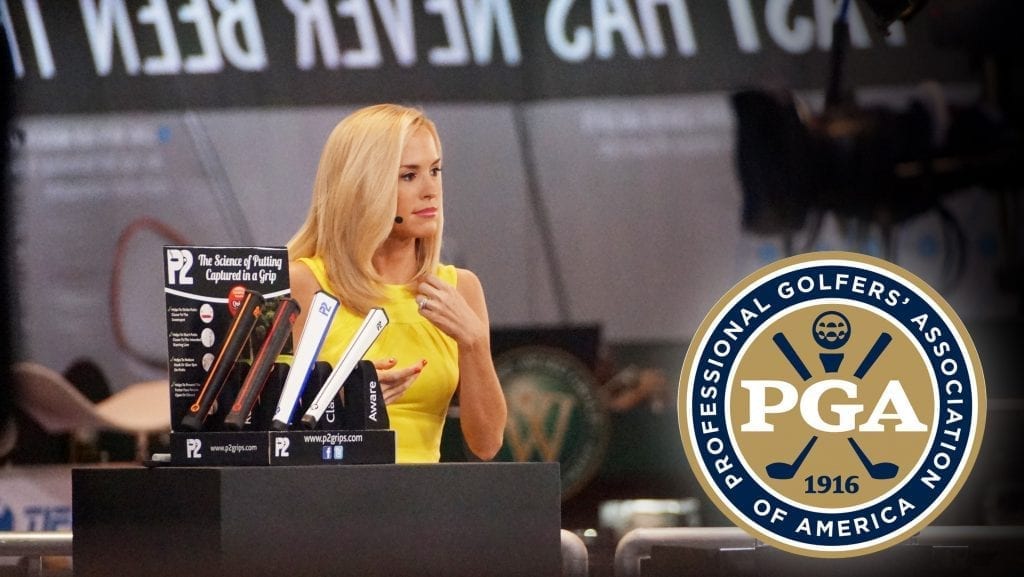 This coverage really kicked off even greater interest in the grips, so Thursday blew Wednesday out of the water which was hard to believe. We had large retail chain buyers, distributors and agents from around the world, PGA Professionals and even other show exhibitor staff coming over to visit our booth. The grips managed to impress some very key people in the game of golf, people who have seen a lot of products, and to hear how excited they were about the concept of the P2 grips gave me a massive sense of pride and achievement. Our commitment to confidentially at this stage prevents me from naming names, but trust me these are big in the golfing world.

Friday was a different kind of day, it was a lot quieter but with a steady flow of people to the booth. We got the chance to speak to some people who we were keen to meet, and we made some very important connections who we will be working with in the coming months.

Overall, our first PGA Show was a resounding success. I wish I had taken more time to enjoy the experience, but when 7 years work ultimately comes down to 3 days it was a tough ask. I also visited PGA Merchandise Show 2017.

I had the most amazing team of people with me, who gave 100% every day and I couldn’t have asked for more than that.

We have some awesome tips for you

The PGA Show was about laying good foundations, and now we have done that, we intend to build a pretty big house! P2 will be distributing throughout the world in the next few weeks, so keep an eye out in your local retailer or pro shop. Won’t be long until the golfing season is back in full swing so get back out on the greens as soon as you can…..with a new P2 Grip fitted on your putter of course! You can Rent P2 Grips From Clubs To Hire.