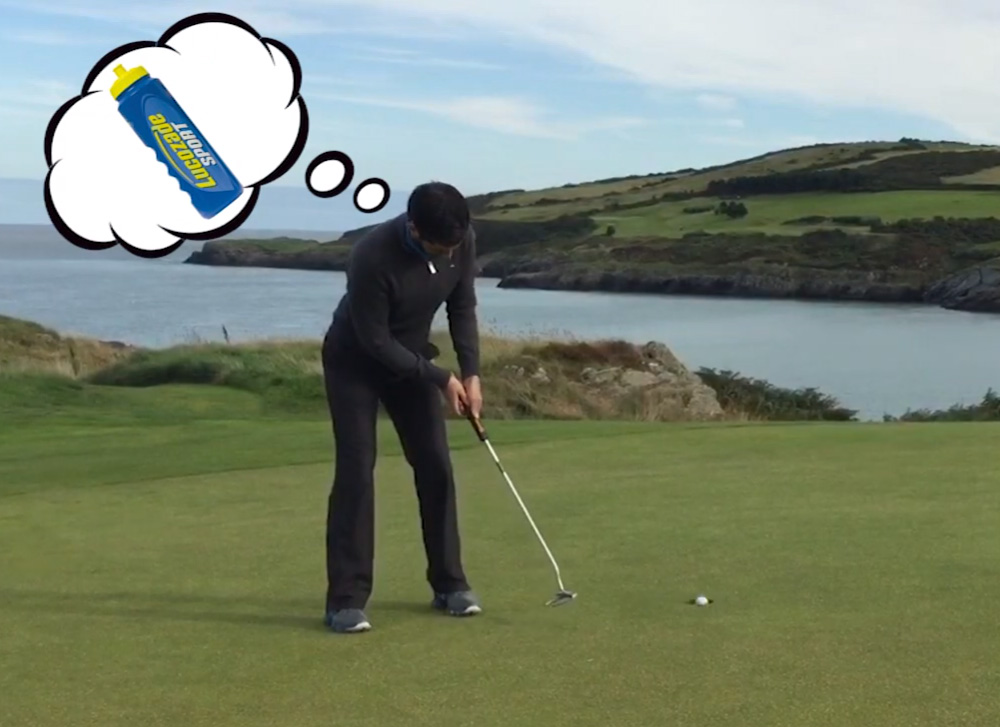 Our Latest Putting TipsWelcome To Our Blog

2 Drills To Practice Putting At Home.

By Enda Mc LoughlinMarch 10, 2019No Comments

The Benefits of Practicing Putting At Home

There are a whole host of benefits that come from practicing your putting at home, so let’s quickly go through my top 3:

2 Putting Drills You Can Try At Home

Up Against The Wall

One of the most common mistakes I see amongst golfers is the amount of movement in the lower half of their body during the putting stroke, which ultimately leads to upper body movement. Here’s the best putting tip I can give you to check what you are doing and give you immediate feedback. Firstly, position your backside up against a wall or a door, you just want to be gently touching it but enough to give you good feedback. Set-up into your putting stance and build a solid, strong stance.

In these videos below/ above you will see I have set myself in position but as I make my stroke there is an excessive amount of lower body movement where my right hip comes away from the wall, my right knee moves towards the hole almost trying to follow the ball like in a full swing, and this leads to my upper body rotating towards the hole and the head moving too much. This tendency is something that comes from our full swing where your body rotates through impact, and some golfers feel that this is what needs to happen, all be it to a lesser extent, and most often you don’t realise you are doing it. Simply, it is very difficult to keep your upper body quiet when your lower body is moving. Your lower half needs to remain quite, solid and stable.

Make a stroke where you feel that both sides of your backside remain in constant contact with the wall throughout your stroke. If you are doing this correctly you will notice how your upper body is now working independently of the lower half. Depending on how much lower body movement you had to begin with, this may feel a little different or massively different, either one is good.

Once you have made enough practice then hit some putts using a ball. It does not matter whether you can only hit a putt 5 foot or 15 foot, you will still feel the difference. If you are limited for space and want to feel like you hit the putt a little harder than position a cushion or pillow 5/6 foot in front of you and then you can hit your putts harder. Try it yourself, you will find a difference and it will help you feel the correct movement of both the upper and lower body.

One of the best drills I have found through practicing at home was the use of a Physio Sport shower gel bottle, this was years ago when I was training to become a PGA Professional. I would place it on the carpet and simply putt to it. I found that it was remarkably easy to hit the bottle time and time again from various distances (that the space allowed for), to the point where I started to question why? Obviously, there were none of the outside influences which I mentioned above, no pressure or consequence of missing, but even still I felt my confidence in rolling a ball towards this bottle were exceedingly high. 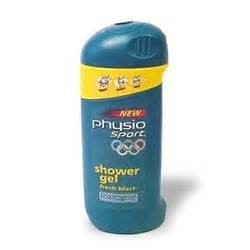 From 5 and 6 foot, even 10 foot, the ball was hitting the bottle with a bit of pace. The ball wasn’t just about reaching the bottle and gently tipping off it, so this showed me that I was stroking the ball with a bit of pace but most importantly that I wasn’t thinking about the “next” putt or what I might leave myself if this ball doesn’t hit the bottle. They were carefree, confident putts and it does make a difference.

The other main difference is of course, that this is a can about 6 inches tall sitting on top of the carpet, not a hole sunk 6 inches down into the ground. The target sitting above the ground is much more visible, not to mention the vivid green and yellow colouring of the bottle. I found that the colour had a great deal to do with my ability to take this sense of confidence and freedom to the course. When I set-up over a putt I could clearly imagine that shower gel bottle sitting on top of the carpet and I committed to stroking the putt towards it, as I would have done when I was at home. Picture it in your mind, see the colours and then allow yourself to react the way you do when you practice.

I appreciate that this is not a tip you may find on the Golf Channel or any of the magazines but try it for yourself…..it does work. Pick an item that has plenty of colour and allows you to picture it quite easily if you were to close your eyes and picture it, it doesn’t have to be very detailed when it comes to what is on the bottle, just colours.

However, that is what works for me, we are not all the same and we do not all react to the same thing. So, you may opt for a plain black shampoo bottle, deodorant can, hairspray bottle, favourite mug……whatever it is that works for you and that you can practice with over and over again!

The Physio Sport bottle I used years ago was thrown out at some stage so I had to find something new, and it’s no surprise that I went for a Lucozade water bottle that had very similar colours because they were colours that my mind’s eye could see very clearly when I was putting on the course. In reality there was a hole there, but in my mind was simply rolling a ball at my bottle that was 6 inches above the ground. 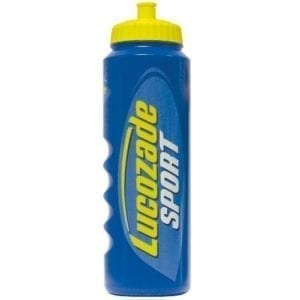 When I started writing this post I remembered about some footage I had taken on my phone about 2/3 years ago showing how I practiced this approach on the course sometimes. In the first video you can see the Lucozade bottle sitting on the green and I just make my way around it, rolling putts and not thinking too much about the break of the putt or the speed.

In the second video you will see now I have just dropped the water bottle into the hole and am just working my way around it, again just rolling putts and trying to keep the same freedom as in the first video.

In the third video, the water bottle is now gone but only physically. In my mind I am still seeing that bottle and I am just trying to strike the putts with the same freedom and confidence as when the bottle was there.

You will be surprised the level of confidence you can gain from just putting at home, you may just realise that you really are a good putter if you don’t get overly bogged down in technique. Sometimes you just need to hit some putts and develop your trust in your own ability.  Give it a try and improve your putting.